My Country, 'Tis of Thee

When I was in school, we used to sing this song the beginning of our school day. And recite the Pledge of Allegiance with our hands over our hearts, turned toward the U. S. Stars and Stripes flag. Without these things, America might not have produced what is now called The Greatest Generation. Hundreds of thousands of young men and officers who were willing to lay down their very lives so that their families, the citizens of their United States, and most of the rest of the world, might not fall under the rule of tyrants. Tyrants named Hitler, Mussolini, and others. My heart breaks that so much of the world, including many in this country, have forgotten.Some elected leaders, sworn to uphold our Constitution and follow the clearly expressed will of the people, have not forgotten either. They simply choose to employ those same tactics used by the would-be tyrants to undermine and overthrow the will of the people. But as long as enough young and old Americans DO remember, those modern-day would-be tyrants who choose riches over integrity and patriotism will also fail.

Consider these lines, first stanza of the song title of this blog post:

My country 'tis of thee, sweet land of Liberty, Of thee, I sing.
Land where my fathers died, land of the pilgrims' pride,
From every mountainside, LET FREEDOM RING! 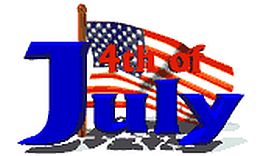