I really didn't intend to take such a long hiatus from this blog. Different things just kept taking priority. I promise to do better next year! 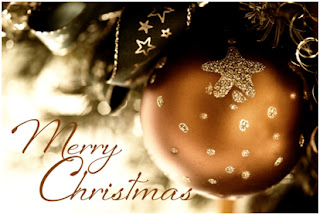 Are you trying to find the perfect gift for those on your Christmas list? Maybe one or more is a reader. Here are four possibilities you might consider. The first three are authors I know personally who write great books. I know the fourth also, but you'll have to decide for yourself if her books, ahem, are good, should you choose to buy one! All the books are available from Amazon and other online booksellers or from the authors. Look for their Amazon author pages

Brookhaven Institute is a pretty name for a madhouse where throwaway kids can sometimes end up dead. Rooney is on the run, her state-issued tatters no match against the winter's fury. Surely the fates could be kinder. Order Rooney Boone

In 1910, prohibiting the sale of alcohol is the hot-button issue of the day. And sometimes the debate gets out of hand . . . In 1910, Julia Nye has an unconventional job as a typist for the St. Louis City Police, a first for a woman but not as unconventional as her desire to be a detective like her sheriff father. Order In the Good Old Summertime

First in a new cozy mystery series featuring Southern cooking that is to die for. Aspiring chef and small-town Virginia native Amy Flowers is ready to open her own café offering old-fashioned Southern food. But her dream may go up in smoke when someone kills the competition. Order Calamity Cafe

Private investigator Cameron Locke is only mildly-intrigued when an obviously well-to-do young woman hires her to locate a missing boyfriend. The client lies about everything from how they met to her own name, but she pays cash up front, and that’s good enough to put Cam on the case. Order Delusion for a Lonely Girl
Posted by Sylvia at 12:29 PM No comments: Links to this post

Some readers have been kind enough to let me know they enjoyed my first PI Cameron Locke novel, Requiem for a Party Girl. The next in the series, Delusion for a Lonely Girl, will be released by Oconee Spirit Press in September 2016. In this second book Cam finds herself caught up in two missing person cases, one male and one female. The male is the boyfriend of a very young woman whose body is later found on a creek bank by a hiker. The missing female is the daughter of Cam's former boss and the ex-wife of her (maybe) boyfriend, Detective Shac Lane. Before the case, which involves drug smuggling and human trafficking, is solved Cam and someone she has come to regard as a friend almost lose their lives.
Posted by Sylvia at 5:20 PM No comments: Links to this post


Well, 'pun' my honor. I'm doing it again. Folks who despise that literary play on words called a 'pun' might prefer to skip this post. If so, that's okay, just come back next week, ya hear? Maybe I'll have another post to your liking.
I chose several of my favorites from a list posted online several years ago by an author I've only ever met online, Serita Stevens. I have no idea if they're original with her, but just to be safe, I'm crediting her.

The first one on the list is a pretty good definition of the type.
A good pun is its own re-word. Yup. Although with the Smart Phone-birthed textspeak, which some of us can't seem to grasp, in the future good puns may be hard to come by.
A hangover is the wrath of grapes. No doubt this wrath was endured by a few, or many, New Year's revelers a month or so ago. Of course, for some no holiday is required to be visited by it periodically.
A successful diet is the triumph of mind over platter. How many of those earnestly proclaimed New Year's Diet Resolutions, if people still make them, have achieved that triumph even for a month, I wonder. Mine never did, so I stopped making them.
Does the name Pavlov ring a bell? One of my favorites, 'nuff said.
The short fortuneteller who escaped from prison was a small medium at large. Many of us don't need to hear Pavlov's bell. We just need to drive by a fast food place and we begin to salivate, not for small or medium, but usually for a large serving.
Bakers trade bread recipes on a knead-to-know basis. Ah, bread, the staff of life we've heard. That's what makes me salivate for a large whatever. Something like a nice bagel, crusty croissant, or preferably, a lovely frosted cinnamon raisin biscuit.
Posted by Sylvia at 2:37 PM No comments: Links to this post