By the time this column is read, if indeed it is, another Christmas Day will have passed. Children will be playing with or breaking new toys. Thumbs of slightly older youngsters, of all ages, will be flying over keys of new smart phones. The strange spelling of their texts appearing on screens of their friends' phones faster than Santa disappearing over the rooftops.

The countdown will have begun to the beginning of another year. I think we all hope that 2015 will bring better things, though few may expect that hope to manifest. Television networks used to broadcast retrospectives of important events of the year just past on New Year's Eve. Whether they still do or not I won't know since I cut the cord of cable and satellite TV reception. Surprisingly, after having lived almost my whole (long) life with television as a constant, I have missed it very little.

So I'll do my own retrospective. In many ways this has been a sad year for me. The deaths of friends sounded a refrain of my own mortality. Death of a friend's husband reminded me that the coming January will mark four years since I lost my own husband of over fifty years. And just before Thanksgiving the loss of my youngest brother's wife at a much too young age was a blow.

A close family. A member of my immediate family went through the trauma endemic to these times, divorce. The disruption has been hard on my adored great grandsons, even with all working to create a smooth transition. I trust that the power of unconditional love will heal any damage to their precious spirits. This is the gift we yearn to find during the Christmas season. Would that we all found much of that healing to take as our 'shield and buckler' in the New Year.

But the year brought good things to me also. A successful year as leader of a writing group. The continued presence of many long-time great friends. A long-sought book contract with a traditional publisher. These are the things I hope to build on and make 2015 a good year. May it be so for all who might read this.

Posted by Sylvia at 10:23 PM No comments: Links to this post

As the year dwindles toward another December, I'm reflecting on the joy and sadness my family and friends have come through in the last eleven months. Births and deaths and life events of many descriptions. Most recent and devastating in my family was the death of a much-loved sister-in-law. The evil of an extremely aggressive cancer took her life in a matter of months. While mourning her loss we can look back on many years of her whole-hearted involvement in reunions and other festive events in our lives, her family by marriage. We cherish her legacy, a son and daughter, numerous grandchildren, a great-grandson and next spring another.
My gratitude for her care of my brother during a very serious illness, without which we may have lost him a couple of years ago, knows no bounds.
Her strong support of my writing attempts, from the beginning, meant so much to me. On my last visit she read my most recent novel from cover to cover while I was there and pronounced it good.
Thank you, Debbie. We'll see you again some day. 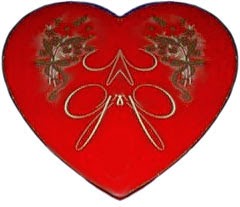 Posted by Sylvia at 1:39 PM No comments: Links to this post

One of the happier days of my writing life was when I recently signed a contract with a small independent press to publish the first book of one of my mystery series. The novel is Requiem for a Party Girl, first of PI Cameron Locke's cases. No info yet for its publication date, hopefully this year.

One of my goals for this year was getting two books published. That is, to self-publish two of my own books. Accomplished that goal by last month, May. The first, in February, was Life Slices, a Medley of Musings after Three Score and More, a volume of my Kingsport Daily News newspaper columns. Then in June I published Disguise for Death, a Royce Thorne Mystery, through CreateSpace. These two books, Amazon - Life-Slices and Amazon - Disguise for Death may be ordered online or via any book store or by emailing sylnick (at) gmail.com, remember to use the 'at' symbol before gmail.com

Then I decided to submit Requiem to one more publisher. And it was accepted. Thanks, Oconee Spirit Press.
Posted by Sylvia at 6:17 PM No comments: Links to this post

Get It In Gear

As the title says, I'm trying to 'get it in gear' (again) as far as my writing goes. Got a volume of my newspaper columns published, Life Slices, a Medley of Musings After Three Score and More. It's available in print or ebook versions.

Produced a video trailer for one of the two mystery novels I'll publish in April, Disguise for Death,  a Royce Thorne Mystery. The trailer is up on YouTube. Check it out here. Trying to get other publicity going for the books. Stay tuned.

Have not forgotten the two other writing help books I was going to talk about. I will get to them. Another by a favorite author will be out in May, Story Trumps Structure, by Steven James. Anxious to get my hands on a copy.
Posted by Sylvia at 12:47 PM No comments: Links to this post